THE COMEDY OF TERRORS

Two twin sisters. Two twin brothers. And a third brother thrown in just for kicks. Sounds like a Shakespearean comedy. But this spooky and madcap farce revs up the action even further as two actors play all five characters: a police officer, a confused thespian, her twin sister-gone-bad, a conniving charity worker, and his bumbling twin brother. #comedyofterrorsusf 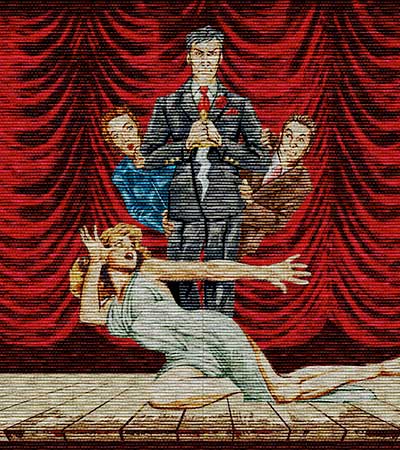 This delightfully silly farce with just a touch of horror is extremely fast paced. It contains some adult language and humor and sexual innuendo, and the action moves so quickly it may be difficult for young children to follow at times. It may not be suitable for preteens and younger teenagers.